In the list of top ten largest economies in 2018, Eight economies are common in both nominal and ppp methods : United States, China, Japan, Germany, United Kingdom, France, India and Brazil. Italy and Canada are in top 10 on nominal basis, while Russian Federation and Indonesia are in top 10 on ppp basis. The nominal GDP of the top 10 economies adds up to about 66% of the world's gdp. On PPP basis, top 10 share 61.06% of total.

Four economically largest countries are located in Europe. In Asia, there are three economies in nominal and four in ppp basis. Two North American countries are in nominal list and one in ppp list. One largest is in South America continent in both methods.

India, China and Indonesia are fastest growing economies having growth rate above 5%. Others have gdp growth rate below 3% and Japan is slowest.

Among top ten biggest countries, United States is richest countries by gdp per capita followed by Germany. India is poorest country followed by Brazil and Indonesia in nominal and ppp list, resp.

In this list, Canada has least population where as United Kingdom is smallest country in terms of area. India has highest population density and lowest life expectancy and female to male ratio. 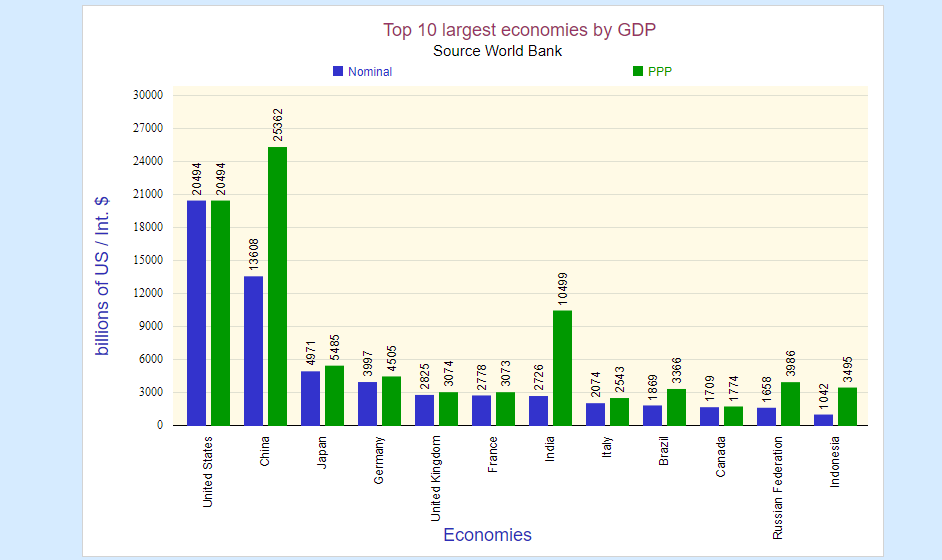 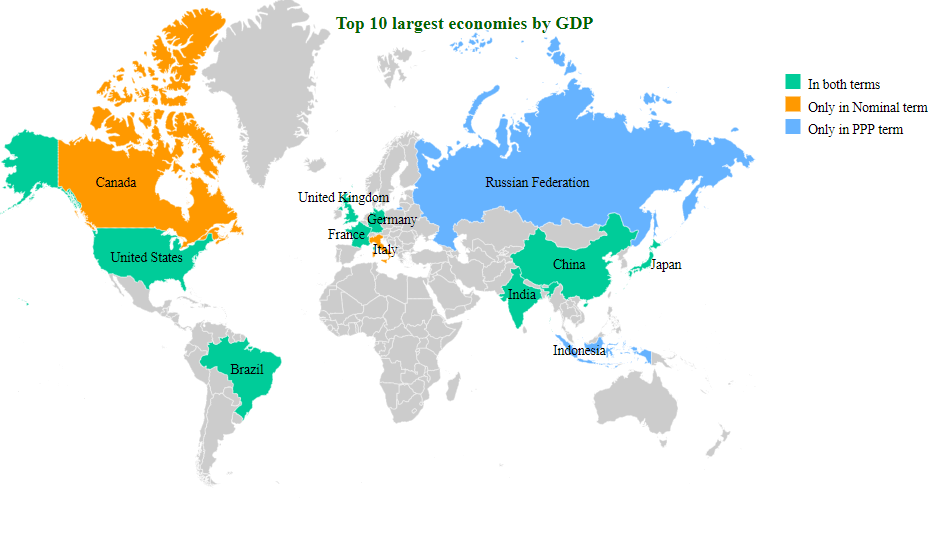