United States and China are the two largest economies of the world in both Nominal and PPP method. US is at top in nominal whereas China is at top in PPP since 2014 after overtaking US. Both country together share 40.75% and 34.27% of total world's GDP in nominal and PPP terms, respectively in 2019. GDP of both country is higher than 3rd ranked country Japan (nominal) and India (PPP) by a huge margin. Therefore, only these two are in competition to become first.

Due to vast population of China, more than 4 times of US's population, difference between these two country is very high in terms of per capita income. Per capita income of United States is 6.38 and 3.32 times greater than of China in nominal and PPP terms, respectively. US is the 8th richest country of the world whereas China comes at 72th rank. On PPP basis, United states is at 12th position and China is at 75th. 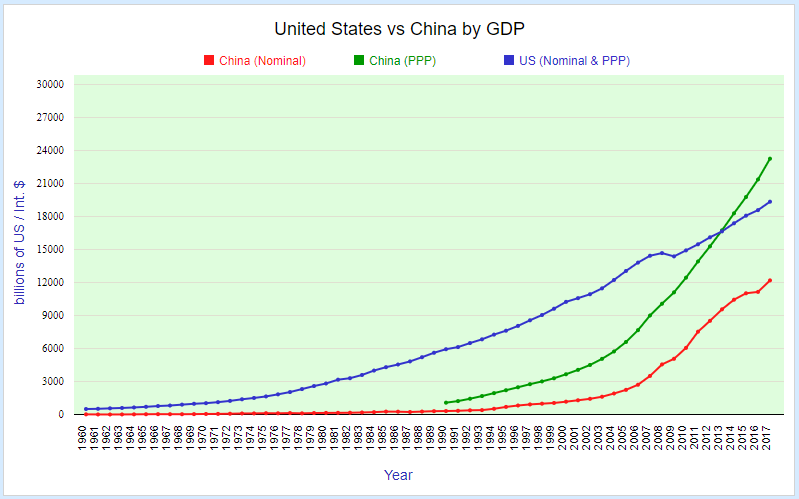 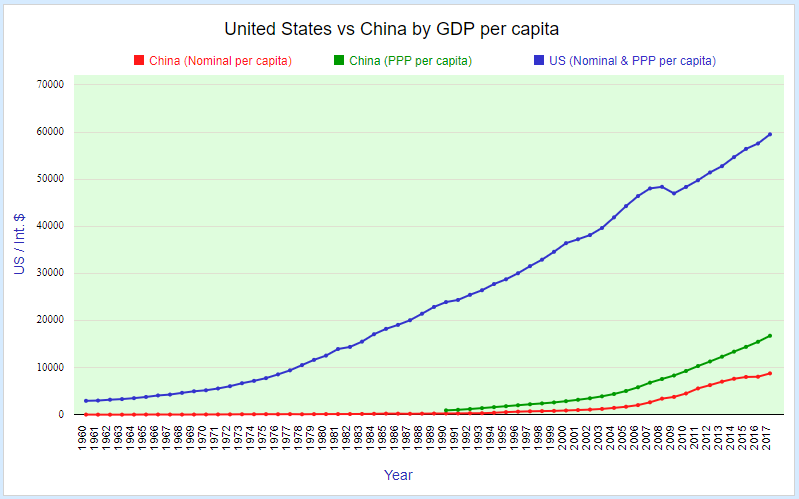 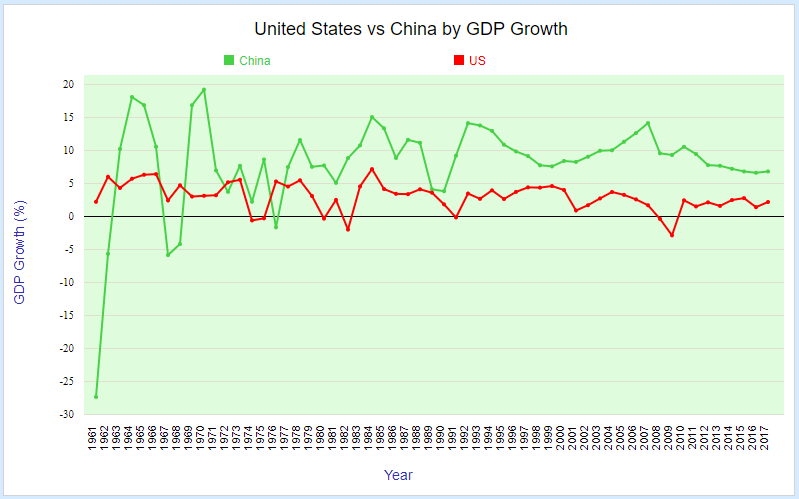