Puerto Rico would have lowest growth rate of -2.47%. Population of Wallis and Futuna Islands, Lithuania and Latvia would decline by above 1 %. Out of 30 countries and dependent territories with negative growth rate, 18 belong to Europe and 6 belong to North America.

In past five years (2015-2020), with 24%, Population of Bahrain has grown fastest followed by Falkland Islands, Niger and Equatorial Guinea having grown over 20%. Out of 31 countries which population has shrunk between 2015 and 2020, 18 are in Europe, 6 are in North America, 3 each in Asia and Oceania and one in South America. 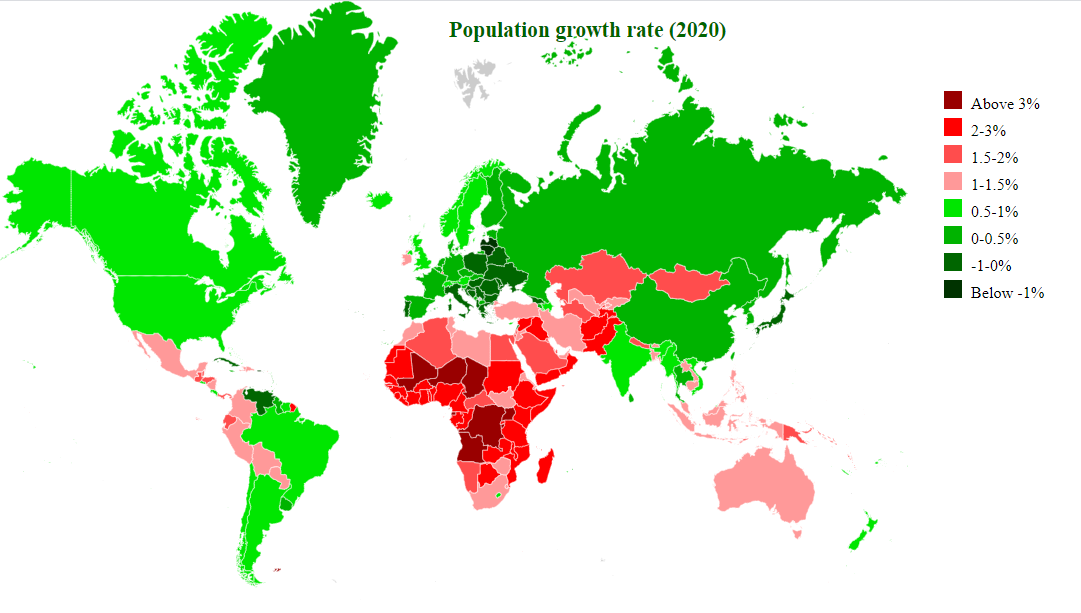 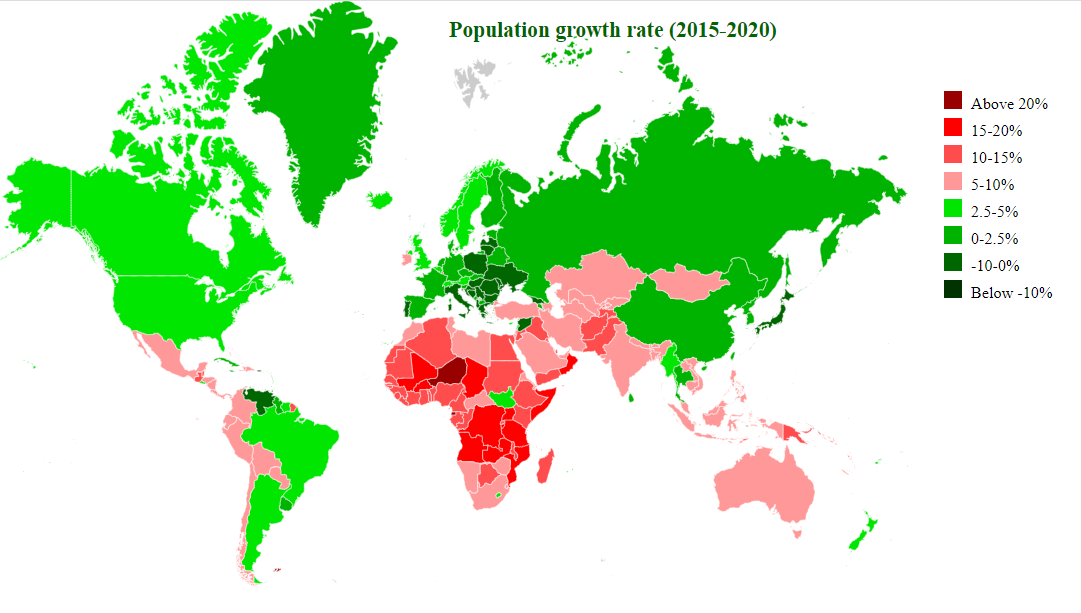