Industry Sector : With GDP of $23,835 billion, Industry Sector holds a share of 30% of total GDP nominal. China is the largest contributer followed by US. Japan is at 3rd and Germany is at 4th place. These four countries contributes 45.84 of total global industrial output.

Industry Sector is the leading sector of 15 countries. Libya has highest share of 63.8% of their GDP. 10 countries has more than 50% of their GDP from Industry.

Gibraltar has 100% of gdp in services sector, other two sectors has zero output. 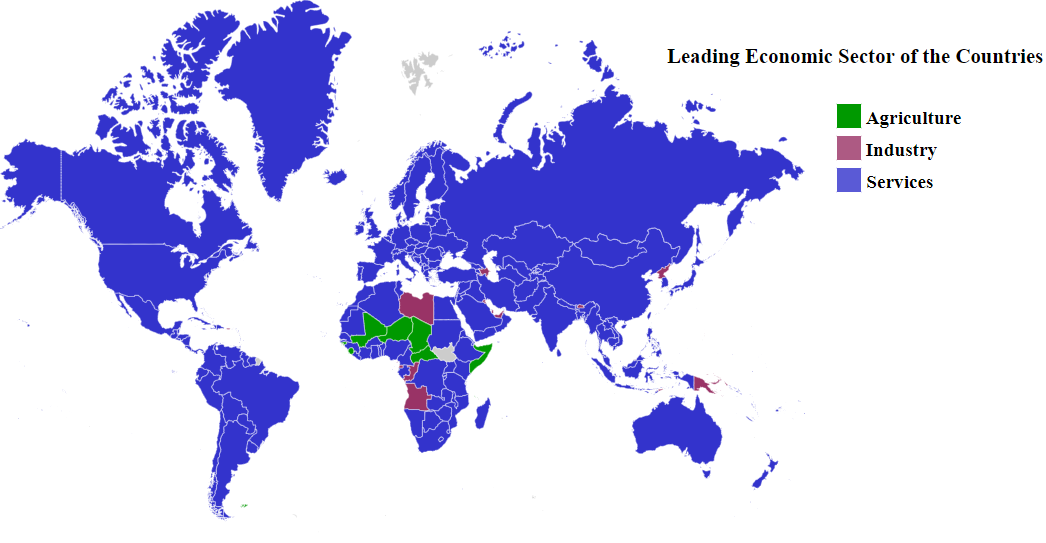