GDP is the total market value of all final goods and services produced in a country in a given year. Each country reports its data in its own currency. To compare the data, each country's statistics must be converted into a common currency. Two methods are used for conversion, nominal and purchasing power parity (PPP). In Nominal method, market exchange rates are used for conversion.

United States remains the largest economy of the world with GDP (Nominal) over $20 trillion in 2019. It represents a quarter share of the global economy (24.8%). China follows, with $14 trillion, or 16.3% of the world economy. Tuvalu has the world's smallest national economy with a GDP (nominal) of approximately $42 million. In World Factbook estimates, Niue, small island nation in the South Pacific Ocean, is the smallest economy with GDP of $10 mn in year 2003.

Top Gainers in 2019: At current prices in 2019, United States is the largest contributor of increment in global GDP. GDP (nominal) of United States has increased by $859 billion in 2019 followed by China with $772 billion. India, Japan, and Indonesia are third, fourth and fifth largest contributer, respectively.

Top Losers in 2019: Out of 193 economies estimated by IMF, GDP of 72 economies has decreased in 2019 compare to 2018. These 72 economies account for almost 35% of the world economy. By shrinking 91 bn dollar, Korea is the biggest loser followed by Germany and Italy. Among top ten largest economies, five show decline in current GDP figure.

Changes in rank: Uzbekistan and Guinea are highest gainer in World GDP (nominal) Ranking moving up by 6 positions. Rank of Armenia has moved up by number 5. Zimbabwe is the biggest loser in nominal ranking as its rank is 18 place down. Rank of Equatorial Guinea is down by 8 place. 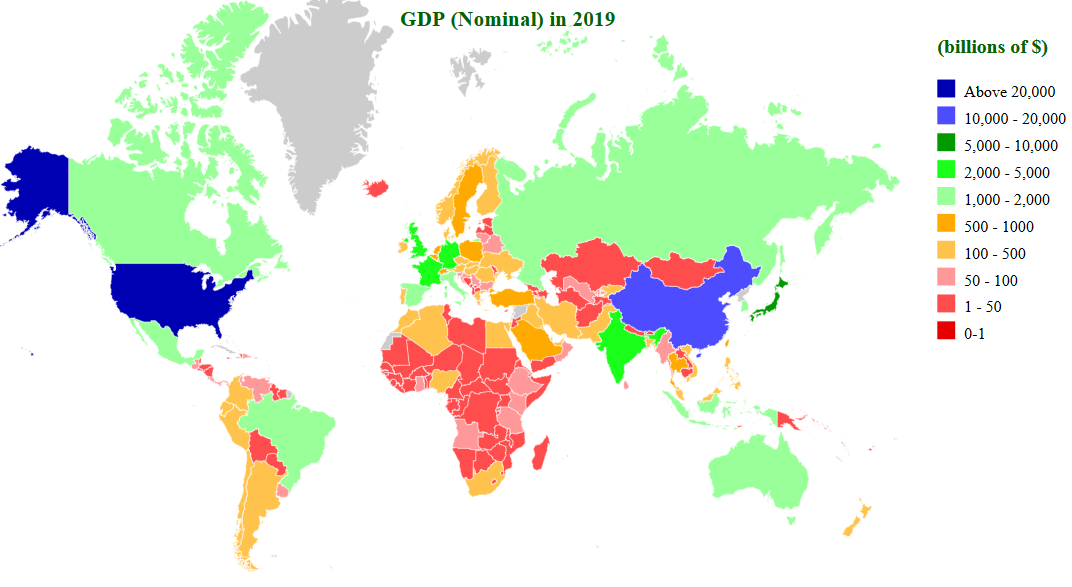 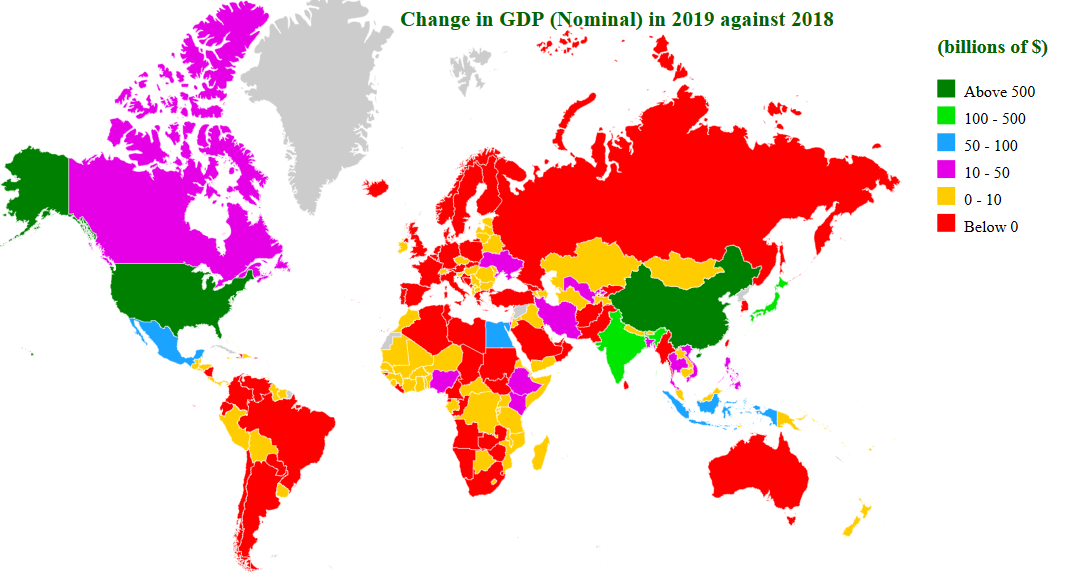 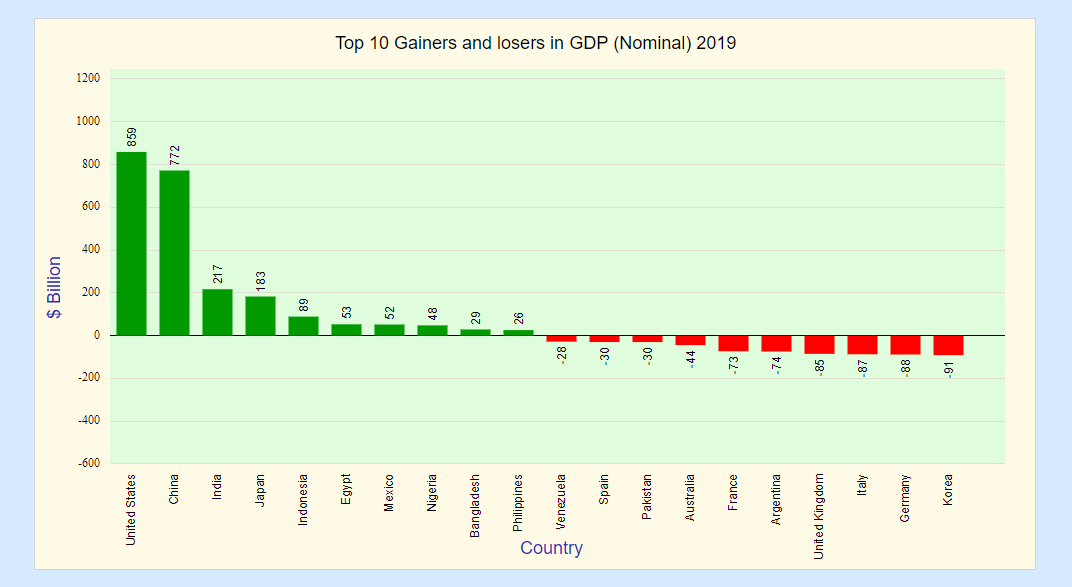