Poorest Countries by GDP per capita

GDP per capita of the poorest country South Sudan and Burundi are 2.40% and 3.87% of global gdp per capita in nominal and ppp terms, resp. All top ten countries have figure below 5% (exchange rate) and 10% (ppp) of the World.

In the list of top 30 countries having lowest gdp per capita, most of countries belong to Africa continent with 25 entrants in nominal and 23 entrants in ppp. In nominal list, top 9 are from Africa. Only Afghanistan is non African nation till number 17. Three Asian countries Afghanistan, Yemen and Nepal are in both list and Tajikistan is in nominal. In ppp list, first 12 are located in Africa. Three Oceanian countries are in ppp list. Haiti is only North American country in both list.

Over 600 mn people are living in these 30 countries. Ethiopia and Democratic Republic of the Congo are among the 20 most populous country.

These nations have low life expectancies as none has make entry into top 100 of life expectancy ranking. All top 10 poorest countries have rank below 150. Only Solomon Islands has average life of 72.77 years better than world's average of 72.28 years. Only three more countries where people live more than 70 years are : Tajikistan, Nepal and Vanuatu. 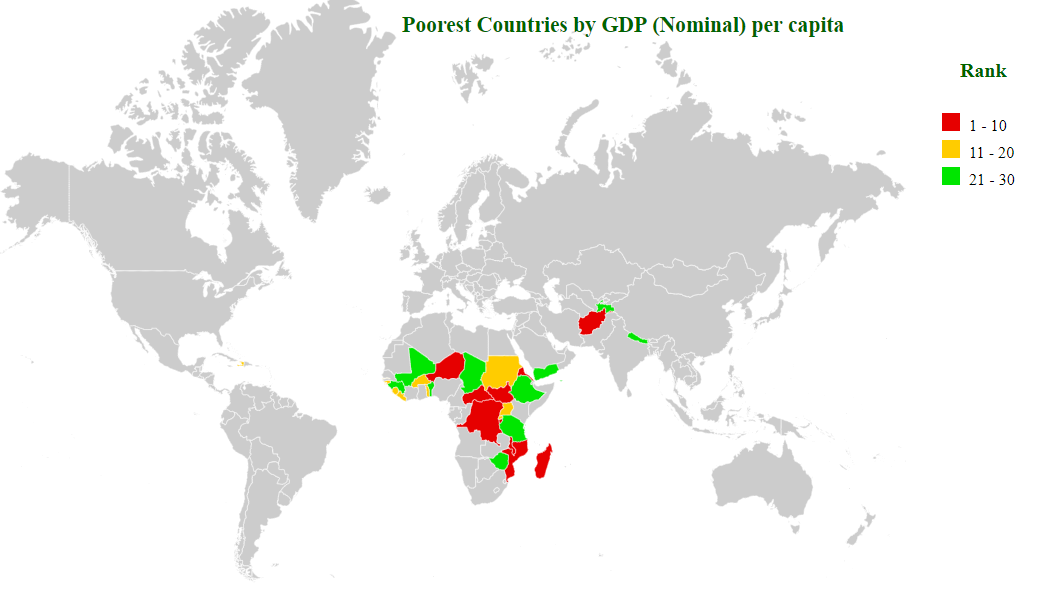 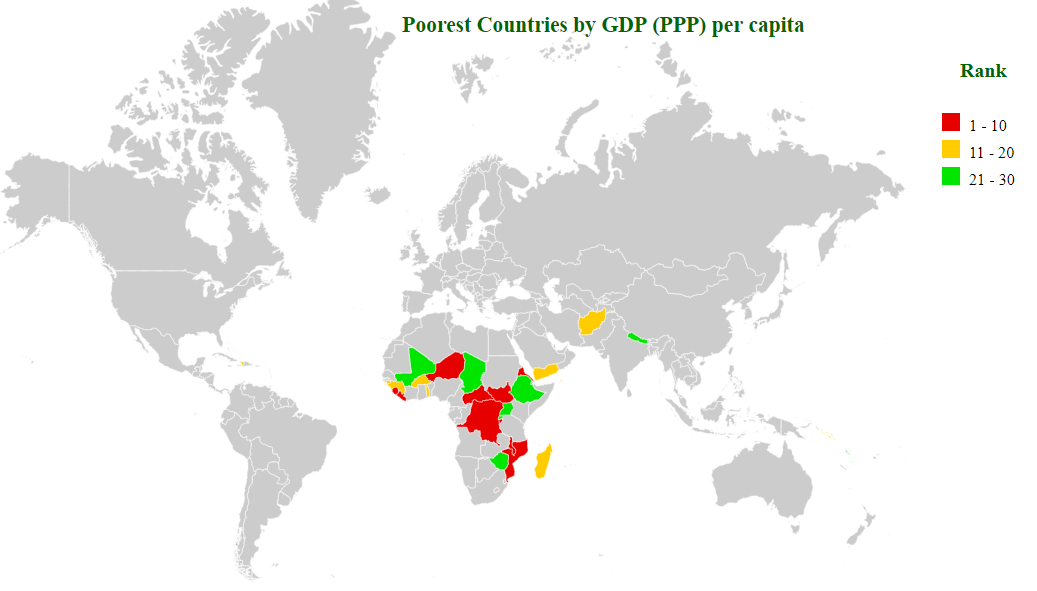