The total fertility rate (TFR) or often simply ‘fertility rate’ in a specific year is defined as the total number of children that would be born to each woman if she were to live to the end of her child-bearing years and give birth to children in alignment with the prevailing age-specific fertility rates.

Niger has the highest fertility rate of 6.95 children per woman followed by Somalia at 6.12. 11 countries/regions have TFR above 5. 40 countries/territories have fertility rate over 4 in which first 22 and total 37 belong to Africa. Afghanistan, Solomon Islands and Timor-Leste are the remaining three. 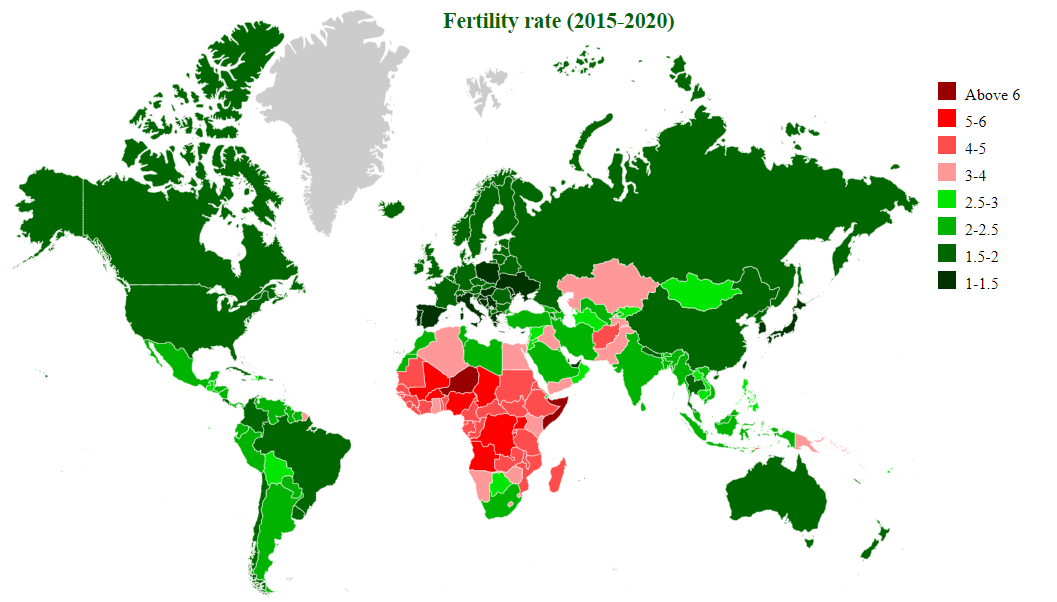