The median age divides the population in two parts of equal size: that is, half the people are younger than this age and half are older. It provides an important single indicator of the age distribution of a population.

Japan has the highest median age at 48.36 years followed by Italy at 47.29 years. 46 countries and dependent territories have median age over 40 years. Out of them, 31 belong to Europe, 9 to North America and 6 to Asia. 100 countries/territories have half of the population over 30 years.

With half of the population below 15.51 years, Niger is the youngest country of the world. 35 countries/regions have median age under 20 years in which first 17 and total 33 belong to Africa continent, Afghanistan and Solomon Islands are the remaining two. 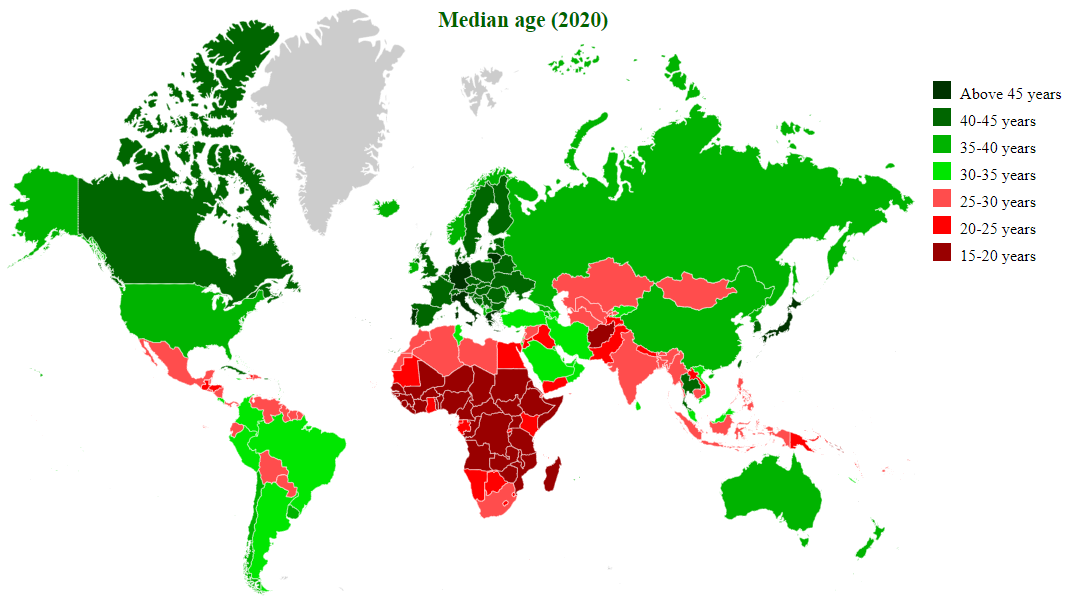