Comparing India and Pakistan by Economy

As of 2019, GDP of India is around of 10 times greater than Pakistan. In nominal terms gap is wider (above 10 times) than ppp terms (below 10 times). India is 5th largest country of the world in nominal method and 3rd largest economy in ppp method. Nominal ranking of Pakistan is 43 and PPP ranking is 25. India's economically largest states Maharashtra has GDP ($334 billion) greater than Pakistan. Margin between these two countries was lowest in 1993 when Nominal GDP of India was 5.43x of Pakistan and highest was in 1973 (13.53x).

Both countries has been neck-to-neck in gdp per capita terms. Margin is being wider in favour of India since 2009. In 2019, per capita income of India would be 1.62 times all time higher than Pakistan on exchange rate basis. 2006 is the previous year when Pakistan was more richer than India. Both nations are at very lower position in World GDP per capita ranking. rank of India is 145 (nominal) and 126 (PPP). World rank of Pakistan is 156 (nominal) and 140 (PPP). Out of 33 Indian states/UTs, 28 states/UTs are more richer than Pakistan. 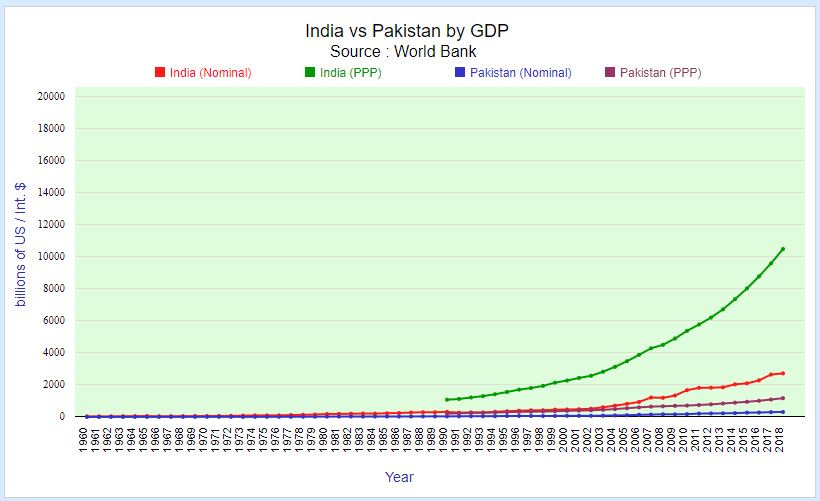 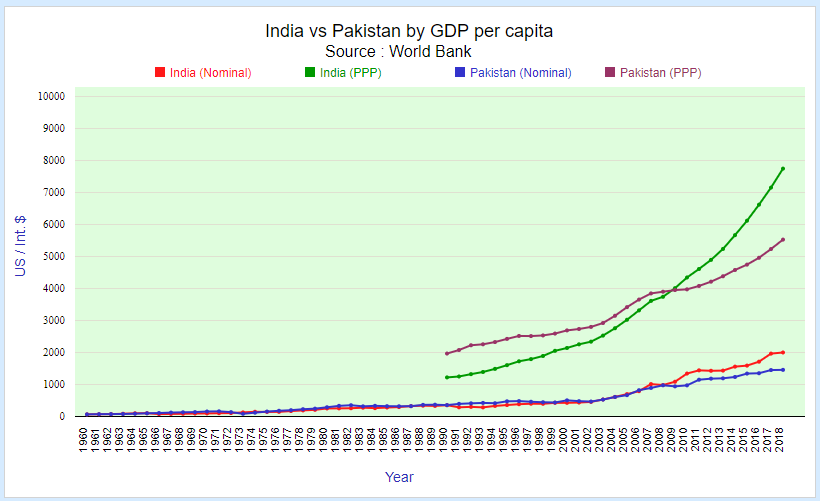 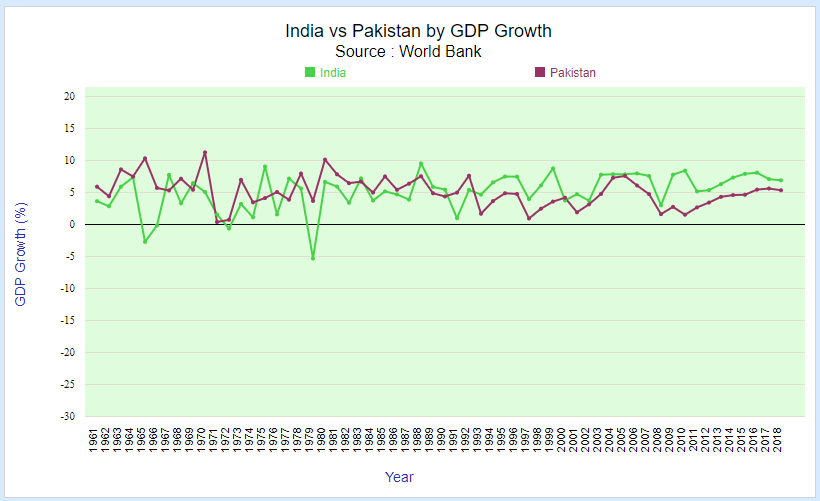